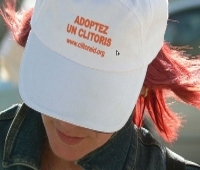 Given the barbaric nature of clitoral excision or female genital mutilation (FGM), Rael, spiritual leader of the Raelian Movement and human rights activist, inspired the creation of Clitoraid, a private non-profit organization whose goal is to assist all FGM victims who want to have their clitoris rebuilt. Clitoraid is concentrating its charitable endeavor in Burkina Faso, West Africa where millions of genitally maimed women reside.

Since 2006, Clitoraid has been able to train several doctors and assist in providing clitoral repair surgery for many women around the world who have traveled to France or the United States for their surgical repair treatment. All of our patients have reported improvements after the surgery, and about 60 percent of them have experienced orgasm – something they thought would never happen for them.

We’re now in the final stages of the construction of our ‘Pleasure Hospital’ in Bobo Dioulasso, Burkina Faso that is due to open on March 8, 2014. There, we will offer the surgical procedure free of charge. This hospital is Clitoraid's main goal at the moment, since most African women cannot afford this surgery that represents a 2 year salary for them, let alone traveling to another country to be treated. Our hospital is a dream come true for countless FGM victims who long to be whole again.
계속 기부!
당신이 아직 만나적없는 그들에게 절대 잊지 못할 선물을 주세요.
판매