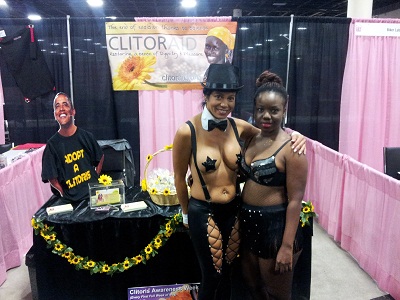 This time, the Florida team was joined by Fenda, a young African woman from Senegal who suffered from the FGM as a child and who had recently reached Clitoraid to have her Clitoral Restoration Surgery one day. Her presence in the booth was very moving to everyone in the team of course, and to all those with whom she kindly shared her story. 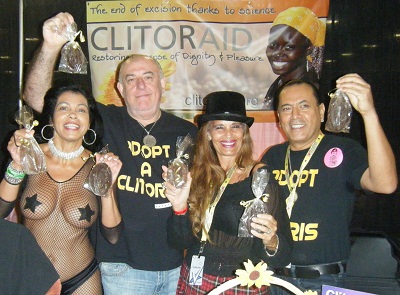 Raquel Vergara, the Miami Clitoraid leader, cheered everyone with her bubbly personality and dazzled the crowd with her sexy, sassy outfits! She had once again baked her famous homemade 'chocolate pussies' which were sold in no time to the many visitors who felt compassion for the plight of FGM victims. This candy will help buy the medical equipment necessary for our 'Pleasure' hospital. 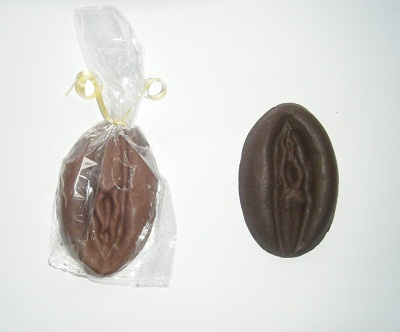 In the booth, our team had dressed a poster board of Obama with an 'adopt a clitoris' Tshirt because our president must without a doubt be personally touched by the horrors of FGM. Indeed, more than 80% of the Kenyan women have had their clitoris mutilated and most likely, his 91 year old grand-mother, Sarah Onyango Obama is herself, an FGM victim.