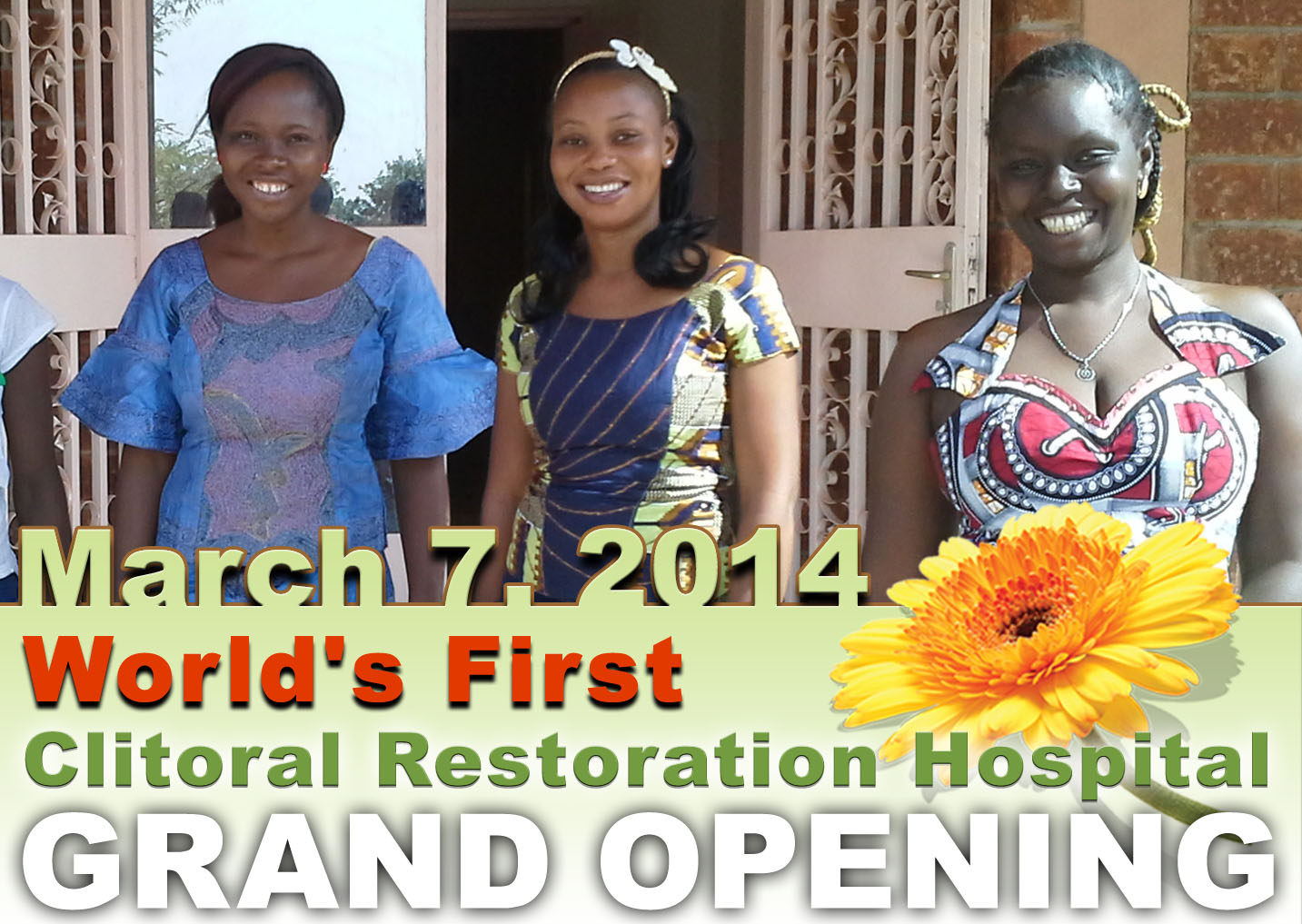 LAS VEGAS, Feb. 10 - The world’s first clitoral repair hospital for victims of female genital mutilation (FGM), located in Bobo-Dioulasso, Burkina Faso, will open on March 7, according to a statement released today by the U.S.-based, nonprofit organization Clitoraid. Chantal Compaore, First Lady of Burkina Faso, will preside at the ceremony.

The hospital was built with donated funds and through the efforts of worldwide volunteers.

“Having Chantal Compaore support and presence on March 7 is such a wonderful way to celebrate this opening!” said Clitoraid Communications Director Nadine Gary. “She has been a steadfast voice against the horrors of FGM, and we’re honored that she will be there.”
Gary said hundreds of women are already on Clitoraid’s waiting list to have the surgery, which will be free for any woman who wants it.

“Their wait is almost over,” Gary said. She said the new facility, called “the Kamkaso,” which means “the house for women,” has been nicknamed “the Pleasure Hospital,” since the surgery “will restore their dignity as women as well as their ability to experience physical pleasure, which was taken from them against their will.”

Gary went on to explain how the idea of the hospital came about.

“After spiritual leader Maitreya Rael heard about a clitoral repair procedure developed by a French surgeon, he launched Clitoraid and the idea of building clinics that offer free surgery for FGM victims. After the United Nations adopted a resolution banning FGM, there’s been universal agreement that it’s a violation of human rights and the integrity of individuals. And eliminating FGM is essential for women’s health, so governments must keep passing laws against it. But Rael realized that it’s also important to repair the damage already caused to living victims. This hospital is the result of his vision.”

Gary said Clitoraid volunteer surgeons from the United States, Dr. Marci Bowers, M.D., and Dr. Harold Henning Jr., M.D., will perform surgeries at the new hospital and also train other surgeons to do it.

“The goal is to help as many victims as possible have this surgery, which will also help discourage the barbaric practice of FGM,” Gary said. “When its effects can be surgically reversed for free, what would be the point?”