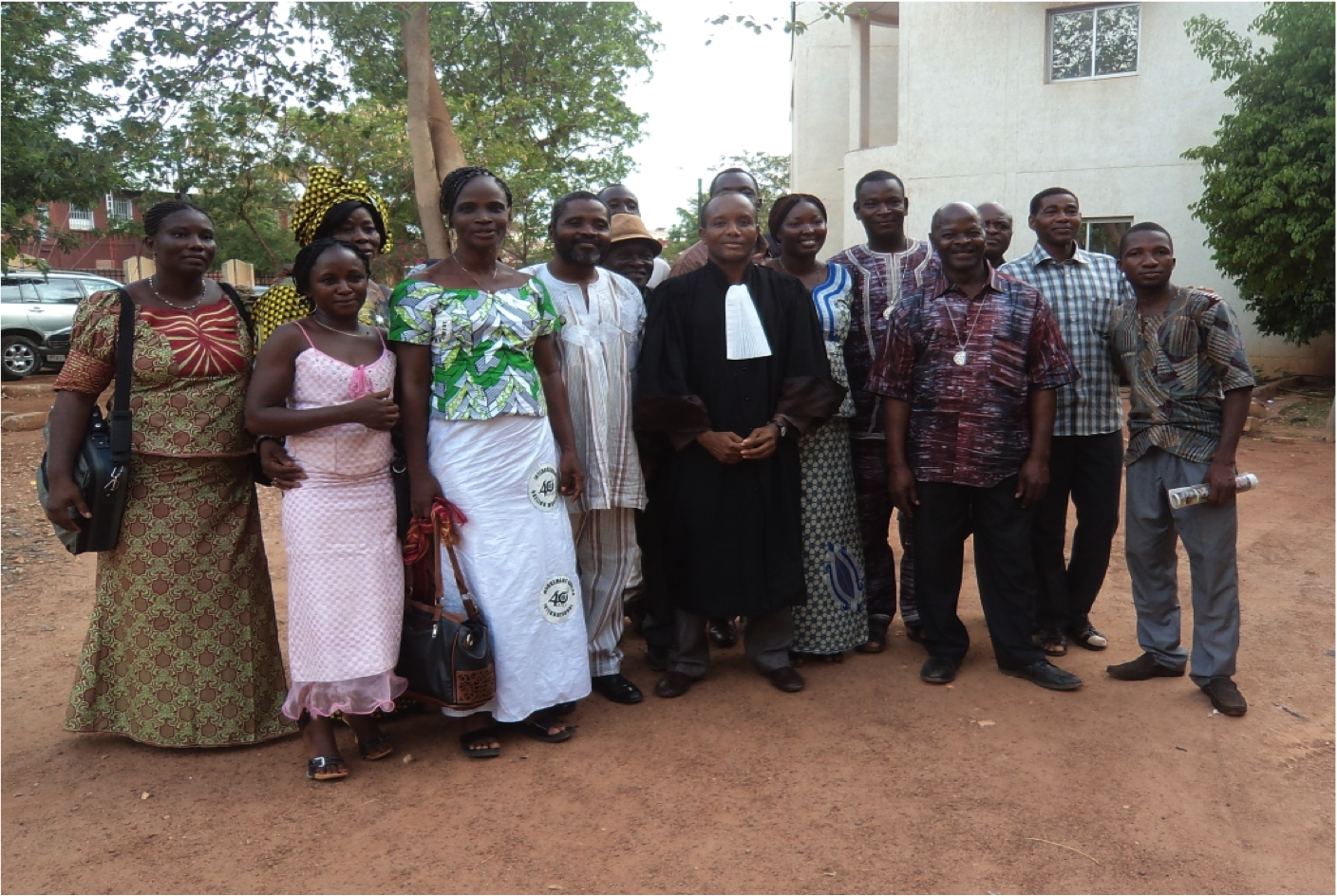 LAS VEGAS, July 7 – In a verdict released on June 30, the Ouagadougou Supreme Court of Burkina Faso, West Africa, found Professor Charlemagne Marie Ouedraogo guilty of defaming the Raelian Church of Bukina Faso. The court sentenced Ouedraogo to a stiff fine of 100, 000 FCFA plus 1 million FCFA in punitive damages, payable to the Raelian Church. He must also pay for the cost of the trial.

AVFE/Clitoraid’s Kamkaso Hospital, the world’s first clinic to offer free repair surgery for victims of female genital mutilation (FGM), had scheduled its grand opening for March 7, 2014, but Ouedraogo and others vigorously opposed it. Subsequently, Burkina Faso’s Health Minister issued a last-minute decision denying the facility the right to open.

“That decision caused continued suffering and disappointment for our patients, many of whom had traveled long distances to have the surgery,” said Clitoraid Communications Director Nadine Gary. “Our volunteer doctors and nurses who had flown in from abroad to do the surgeries were shocked, as were the thousands of donors whose financial contributions made the hospital construction possible.”

Gary said Ouedraogo issued a defamatory letter on February 24, 2014, in which he referred to the Kamkaso Hospital project as “a big scam campaign organized by Rael’s cult.”

“He wrote that letter shortly after we issued a press release announcing the hospital opening, and his comments could easily have prompted the Health Minister’s decision,” Gary said. “In fact, the letter even included the statement, ‘The minister and the governor have decided to stop this intoxication campaign.’ At any rate, the Health Minister refused to grant us authorization to open the clinic, and after that, the Medical Association repealed our volunteer doctors’ licenses to practice in Burkina Faso.”

The Raelian Church and the AVFE/CLITORAID Association subsequently filed the defamation lawsuit against Ouedraogo.

“We’re elated with the court ruling,” Gary said. “Professor Ouedraogo and his supporters should be ashamed for blocking our humanitarian effort. They catered to personal interests at the expense of women who suffer daily from FGM effects. When our hospital finally opens to help them, it will be a great success story that people will talk about for years to come."
LAN_NEWS_85   LAN_NEWS_84
LAN_NEWS_86
LAN_NEWS_87