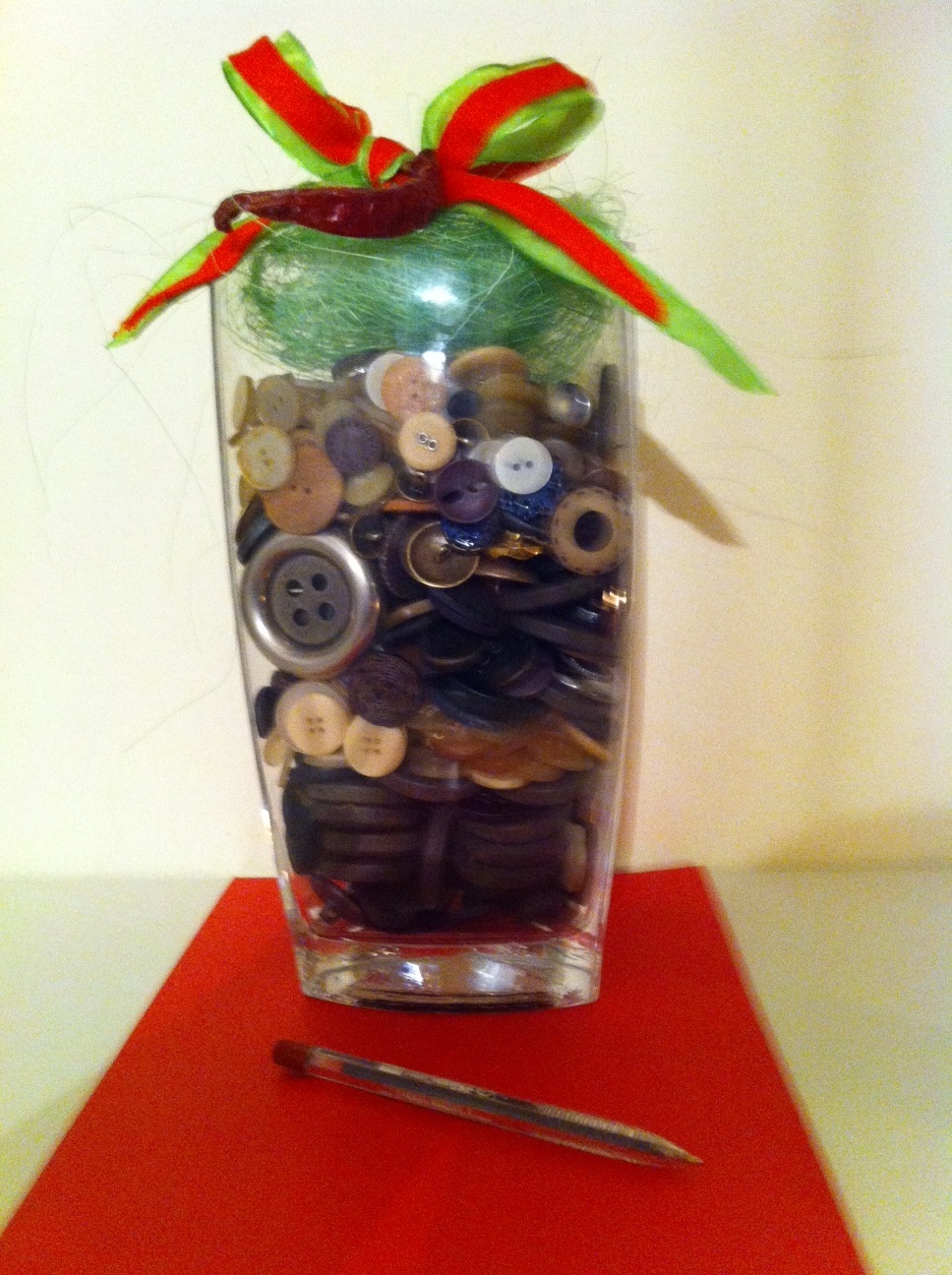 The Clitoraid Italian team led by Marilena Sangiorgi organized a lottery over the Christmas holidays or "Saturnalias" as atheists sometimes call that time of year, to do a fundraising for Clitoraid. They placed buttons in a vase and sold tickets, challenging the players to guess how many buttons were in the vase.

The winner's prize was an abundant basket of Italian delicacies and specialties. The Clitoraid team had fun selling the lottery tickets to their friends and relatives and ended up collecting the sizable sum of 835 euros (over $1,100)! The lottery lasted a month and was even played during the birthday celebration of Vittorio Vigni, one of Clitoraid's volunteers in Northern Italy.

The lucky winner was finally revealed a few days ago, her name is: Antonia Ghetti! Congratulations!! The Italian team was so thrilled with the fundraising results that they decided to begin a new game to reach their next fundraising objective!